Tuesday in Las Vegas at SEMA! 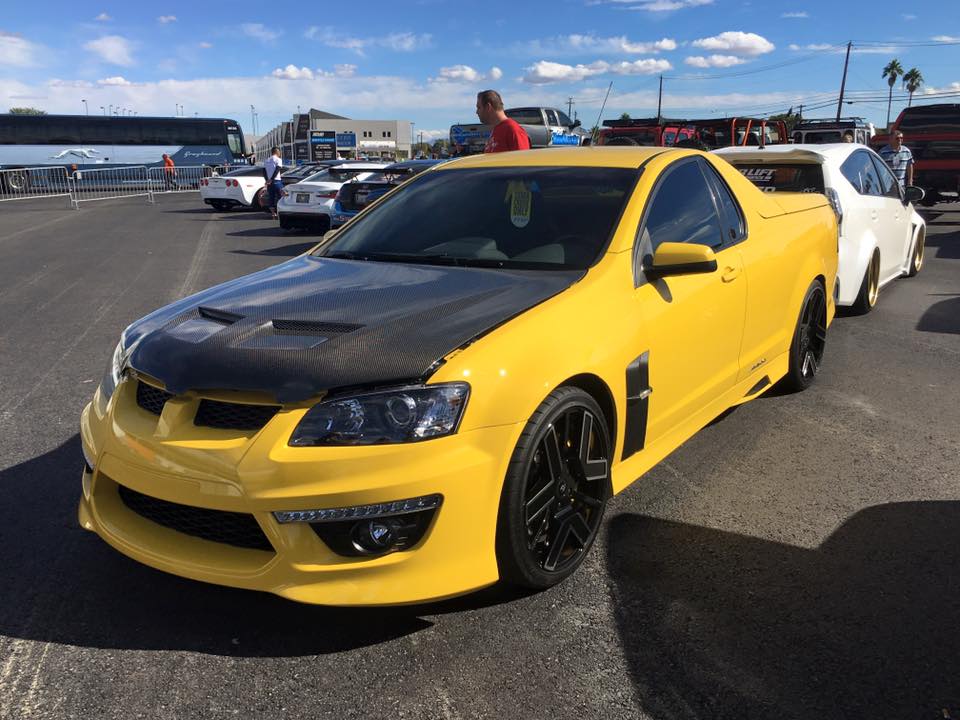 The hoonalicious Australian car-trucks known as "utes" Down Under are slowly starting to proliferate in the US, thanks to a Colorado outfit dramatically underselling them as "modern-day El Caminos." This is how they're making dreams come true.

As many of you know, utes are basically the mullet of motor vehicles and a mainstay of Australian transportation— sedan in the front, pickup truck in the back.

The bodystyle met its demise in America when the El Camino was put down in 1987, but it popularity continued to soar Down Under, making would-be utility car drivers in the States some fierce kinda jealous.

American auto enthusiasts have long cried out for the return of the Chevrolet El Camino. The half-car, half-truck model departed from America in 1987, but it still thrived in The Land Down Under (where it was started), referred to by Australians as ‘utes’. Randy Reese, owner and operator of Left Hand Utes in Denver, Colorado, realized there may be a small niche market for utes in America, and began importing Holden ute bodies from Australia as parts vehicles, then combining them with General Motors vehicles from America, thereby making them legal to be registered in the U.S.

Take Australia, for instance, which is like the "Land that Time Forgot" for cars. Thanks to relatively mild weather, many popular models there seem like updated versions of rear-wheel-drive cars we've hardly seen in the U.S. since the '70s.

Left Hand Utes took two Maloos to this week’s SEMA show in Las Vegas—a previous-generation VE (pictured above) and the latest VF which shares its styling with the Holden Commodore-based Chevrolet SS—where they were able to speak with Carsguide.

"General Motors is crazy," said Left Hand Utes co-founder John Ehrlich. "The work was done to make these into left-hand-drive, we can't understand why they didn't bring them in as Chevrolets—they missed a massive opportunity here."

Left Hand Utes has been up and running for the past 18 months and so far has delivered 16 Utes to customers. The conversion requires the cars, which are usually second hand, to be stripped of their right-hand-drive components and then replaced using OEM parts designed for Pontiac's GTO and G8 as well as Chevy's Caprice PPV and SS, depending on which Ute is being converted.